The Naming of Things

I like titles and names. Our descriptions of things have so much power; how often have you had difficulty remembering someone's name because they don't look like a Becky or a Liz or a Peter or a Martin Freeman? I carried a different name all the way through high school, and the changing of my name - while technically unofficial - changed a lot of things in my life. Especially that people stopped breaking out into song the moment they heard me introduce myself. You might think that people breaking into song would be something I enjoyed; after all, I'm a huge fan of musicals, I identify deeply with Julie Andrews characters, and I feel pretty strongly that one of the major things missing from my life is a regular and appropriately-timed dance break. But most people can't carry a tune in a bucket with a lid, 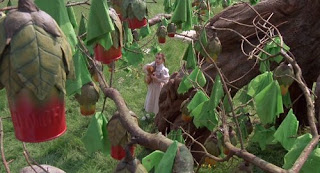 and I often had to smile awkwardly in that way people with easily-punned-upon names do, as if I'd never heard someone make the connection before.


Also, I learned a lot about people's taste in music; now they just ask me if I've ever been to the Tiki Room in Disneyland.*

Anywhoodle. Names: I like them, they are interesting, and they are curiously mutable in that they take on the aspects of the things that have the name, and also impart their own. Could Fairuza Balk have been a Jennifer Cook? Sure. Would she have been an early 90's gothic icon? Probably not. 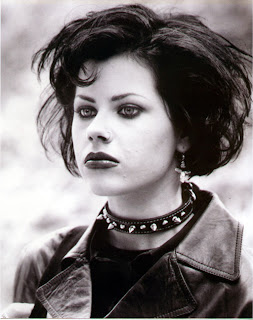 All this came up because I've been assiduously avoiding the final discussion of The Woman in White on almost all of my book blogs until I finish the third reading (so...close...shut UP Hartright...stabby-stab...), so I'm rather desperate for news of the Book World, so I caught up on Neil Gaiman's blog today, which has far less book stuff than you'd think so I tend to just skim it to see if he'll be in town any time soon.** I collect names and hoard them away because they intrigue me, especially literary ones and generally in pairs, like Jane and Elizabeth or Mycroft and Sherlock or Kaylee and Simon or The Doctor and Idris (or Donna or Amy or Martha but not Rose).

Which is to say it's a good thing that I'm not a crazy cat lady (thanks only to Mr. Darcy being a finicky isolationist, as one might expect) or having any children, because I'd probably be doomed to twins and have to choose, and "The Doctor" isn't really an appropriate name for a child.

I think, though, that the next time I adopt kittens - far, far in the future because Darcy will live foreverdoyouhearmecat - they will be named Verity and Sydney.***

** All the commas in that sentence are grammatically correct, even if they are legion. Just so you know.

*** I understand that an entire blog post leading up to what I will name my future cats probably qualifies me as a Crazy Cat Lady.
Posted by Unknown at 12:33 PM