On Friday, I got up at 6, grabbed coffee, set up the GPS, and headed to St. Charles to meet up with the adorable Meghan and her precious son, Owen. It was delightful to meet someone I’ve corresponded with for so long, and we all 3 got along like peas in a pod.

Our first stop was at Meghan’s favorite coffee shop, The Four Beans in Batavia, IL. 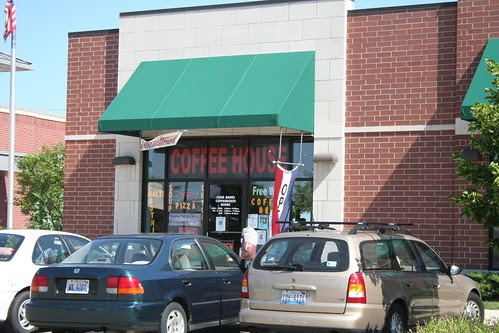 This little place is not just a coffee shop, but also a coffee roaster, and I was thrilled that Meghan’s taste for Good Coffee was so amazingly, well, good! Smooth, fragrant Americanos (and a pound of Tanzanian peaberry coffee for home) in hand, we headed to Libertyville for the Fair. According to Meghan, last year the fair was both indoors and out, with some animals and such. This year it was both bigger and scaled back; the animals were gone, but the entire thing except for the food tents was in an air-conditioned convention hall, for which we were exceedingly grateful given the 90+ degree heat! 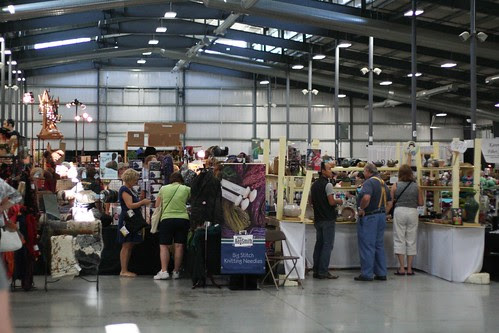 We strolled up and down the aisles, recognizing popular Midwest shops like The Fold, and Knitting Notions (from whom I purchased my swift a few years ago) but also some favorites from Stitches Past! 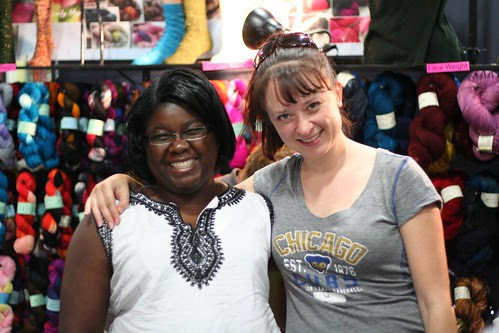 Diane was, as always, charming and talented. When she saw us she came rushing out for hugs and hellos, and showed off her new colors. I’ve been a fan of Diane’s since I first met her at Stitches ’08, right at the beginning of my Fiber Career, as it were. In the intervening 2 years, her color sense has evolved in a way that’s difficult to explain, but plain to see. Her work is one of those that can be recognized at 50 paces, or across a crowded convention hall, and she’s walked away with a chunk of my money every time we encounter one another. And yet somehow, I never seem to mind... 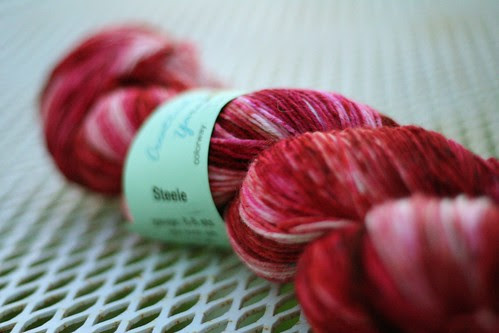 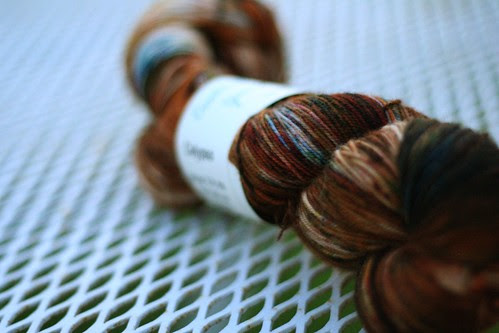 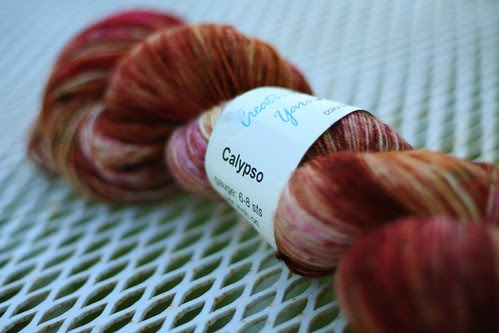 I actually didn’t buy from anyone else at the fair, which is just as well considering how much I’ve blown my yarn budget - or rather, my ENTIRE budget by buying yarn - since I’ve been here! But I did stop by Trader Joe’s to pick up some lavender sachets for the surfeit of wool in my possession.

Meghan and I spent the rest of the afternoon sitting on the lawn chatting and  watching Owen play. It was a fabulous day, and I enjoyed myself immensely - not the least of which because Meghan was even more fun in person than from a distance. I didn’t get a picture of us all together, but as we have firm plans to get together a few more times before I leave, I’m not too worried.
Posted by Anonymous at 11:13 AM

File Under: ahhh refreshing travel, friends are the new family, wool is not a drug