Put Some Spring in Your Step 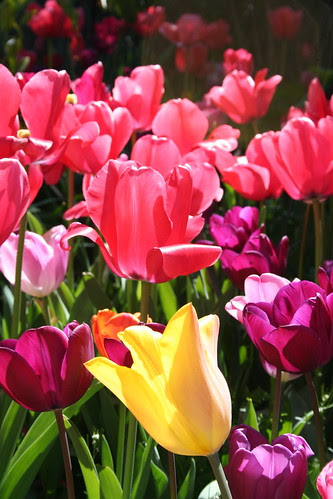 Well, my lovelies, it's here. Spring, as they say, has sprung. I realized it this week on the first truly lovely day in a while when I looked out into the R-N's backyard and saw a veritable flood of tulips. I actually remembered to bring the DSLR to work the next day, and took a bunch of photos of just flowers. 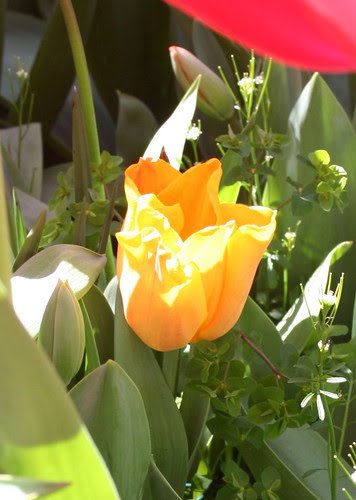 I do love flowers, especially spring ones. They remind me of my mom, who has a thumb so green she just looks sideways at a plant and it grows. I think they're afraid of her. 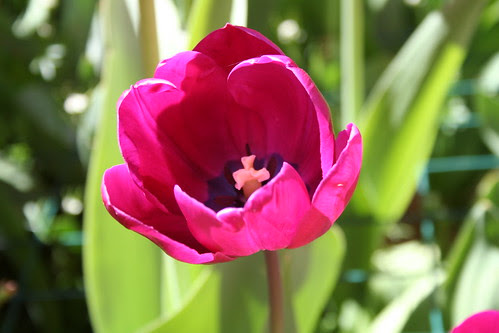 I, on the other hand, can barely keep lucky bamboo and ficus alive. It's really rather pathetic. 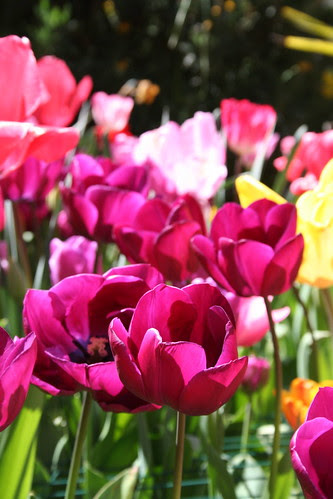 However, I must say: I am proud of the garlic that is growing in the former-rose-cultivating pot. Did I not tell you about my exercise in rose cultivation? Well, ManCandy bought me a dozen gorgeous white roses for my 30th birthday in the beginning of December. After Christmas, they were still going strong in the vase, and were actually putting out new growth along the stems. Gee, I thought, wouldn't it be awesome if I could clone a rose bush or three and know exactly when I got them? Thirtieth birthday roses, how cool! 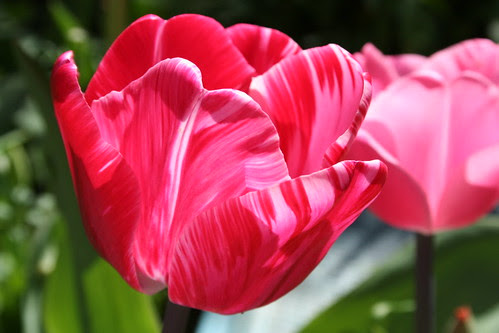 So I trotted out to Home Depot late one rainy night and - after a scare in a quiet aisle that involved a cat-sized rat, me, and a staring contest - bought rooting hormone, a pot, rose food, and dirt. 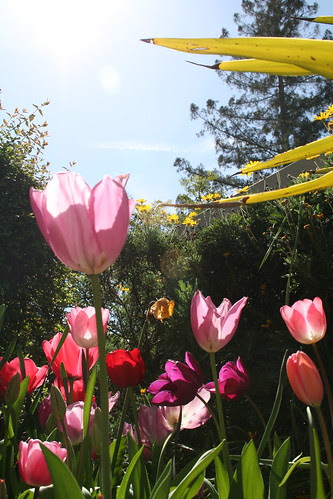 I carefully trimmed the roses like Candy recommended, put them in rooting hormone, and planted them. Then I covered them in a greenhouse of plastic wrap and put them in the warmest window in the house. Someone up there must have transposed some letters in my prayers, because within 3 days they were all rotting instead of rooting. So much for my career as a horticulturist. 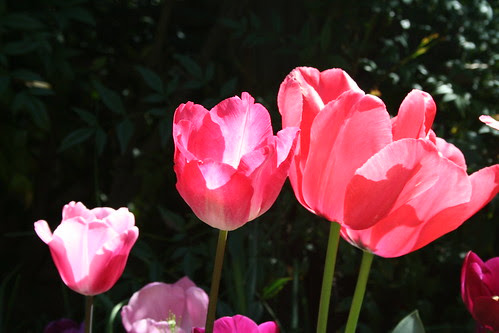 For the last couple of months, the pot has sat on my kitchen counter, waiting for me to plant something brilliant in it. About a week ago, I thought it might be funny to plant a few cloves of sprouted garlic and see what happens: 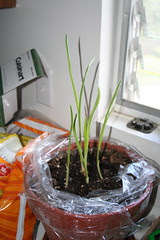 Rampant growth. Garlic must be a weed, because historically, that's all I can grow. 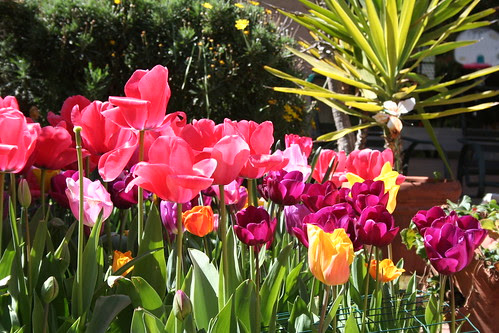 Posted by Anonymous at 9:42 AM

File Under: everything old is new again