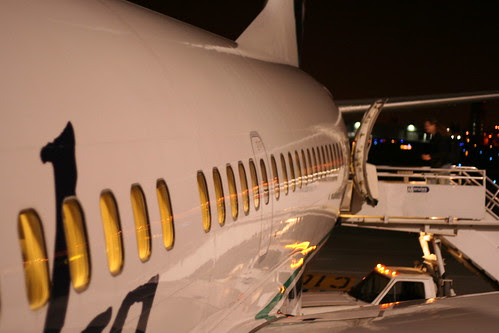 You may have noticed that I mentioned a stealth trip planned for this last weekend. Well, I went, and I'm back! Hurrah for me! I spent the weekend with my best friend, whom I haven't seen much in the last 3 years since the third wheel of our tricycle got hitched. I say tricycle because I don't think of her - or any of us, really - as third wheels in the traditional sense. There used to be four of us, but we three 'Beans got ditched by the fourth for reasons I will not go into, and now we are three. A very happy three, I might add. 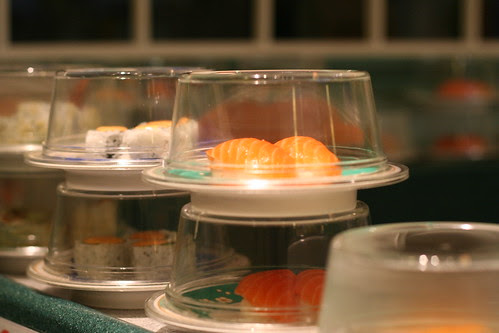 CoffeeBean and her lovely fiance, Brian, took me to their favorite sushi place for breakfast the next day. Already you can see why she's my best friend! ManCandy doesn't care for cold fish, so I don't eat sushi nearly as often as I used to. Getting a fix was fantastic and will encourage me to go to sushi on my own more often. 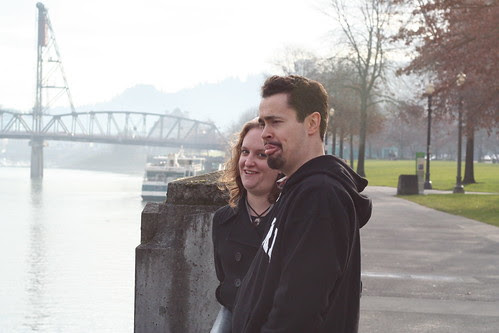 The weekend was short but packed. We spent Saturday wandering around Portland and deciding which university I am going to apply to. Not as a student, but probably as an admin. Intel was tossed around, but since they've just laid off a bunch of people I'm guessing it's a long shot. 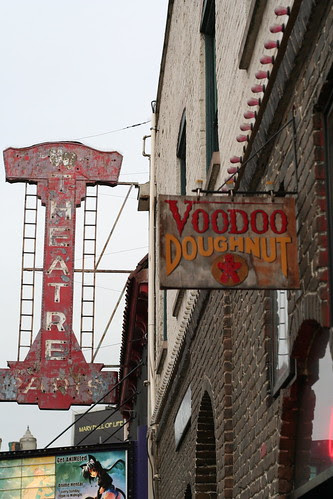 We explored the less seemly parts of town and spent the evening at a piano bar atop a gigantic office building, laughing at the poor suckers headed to the Blazers game. Traffic on I-5 was miserable. 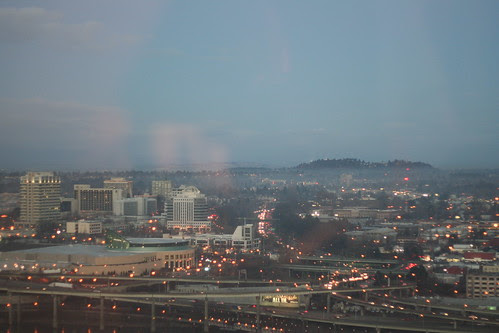 I also took the opportunity to go to Yarnia. CoffeeBean is a painter, so the two of us spent a happy couple of hours combining different colors and being brave about adding things we never thought would work. She is deeply interested in How Things Work and also in History, so I got to wax nerdy about yarns and how they're put together. I ended up throwing caution out the window and came home with four gorgeous blends: one for socks, 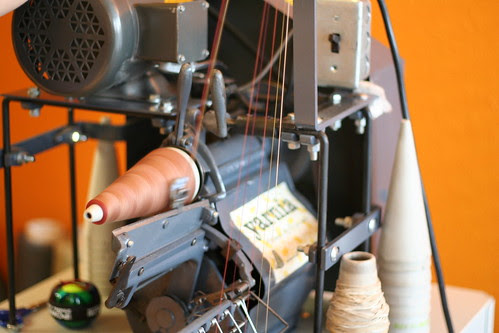 two for lace, and one with a five-to-one ratio of hemp/cotton in a sport weight. It'll be some sort of summer something; I've never knitted with hemp before, but I figured it was appropriate coming from Portland. One of the lace weight cones is roughly 1800 yards of 3-ply silk that I didn't bother blending with anything; it was so stunning I simply brought it home as-is (after giving it a snap test to see if it was worth it, of course).

I anticipate that the color combinations CoffeeBean and I came up with will create something that looks sort of like handspun crossed with immersion-dyed yarns such as Dream in Color.
I'm nearly to the second heel of my Pagewood Farms "Santa Fe" socks. They're lovely so far; I really like the flecks of color that are interesting but don't pool. I'm just making plain tow-up socks with a Cat Bordhi heel and a k3p1 rib in the leg, so they're going really quickly. It's also possible that they're going quickly because they're only over 60 stitches instead of the traditional 64. They're certainly using less yarn; I should have enough left over between this yarn and the Forest Camo to make a third pair of stripy leftover socks.
Anyway, I'm putting Portland on notice: find me a job!
Posted by Anonymous at 6:39 PM