The Woman in White - Part 1 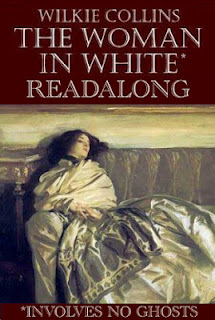 Last Sunday I was riding home from two lovely weeks in San Jose and finishing up Walter Hartright's narrative. Chapter 15 ended just as the train pulled into the Davis station, where My Nadia was waiting to pick me up and take me back to my poor neglected kitty, who has been sleeping by my head ever since.

I managed to finish all 15 chapters via audiobook, despite starting a day late and at least two nights filled with infamously pink cocktails.

Once I got back to Sacramento, motivation to move back to the Bay Area ASAP fully in place,* the "Woman in White Part I" posts started showing up in my Google reader, and I dutifully ignored them so I could formulate my own opinions - I had even bookmarked lines and stuff to talk about on the audiobook! I was so prepared to write that post on time, guys. And then... I didn't.
I didn't start the next chunk of the read-a-long because I didn't want to color what I thought about the first part before writing about it, and now I'm not only behind in reading and posting but also in my Google reader. 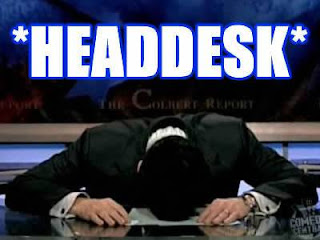 Let us jump in to The Woman in White so I can start catching up. Wilkie Collins may have been a womanizing jerk with a giant forehead, but he was also at least moderately hilarious and for the First Sensation Novel Ever** he did a pretty good job of building tension - especially when Hartright is walking back to London from his mother and sister's house all alone in the middle of the night through looming hedges. The first time I heard that scene, I was driving home from MY mother's house all alone in the middle of the night through a looming forest, and when a hand reached out and grabbed his arm, I shrieked and nearly ran off the road. Scary bits of books are not my finest hour, keeping-it-together-wise.

One of the greatest aspects of this book upon a second and a half reading is that I cheer the entrance of every new character, even when I already know and either love or love-to-hate them.

There's Pesca, the quintessential Italian Anglophile. He's my favorite sympathetic character, and Collins wisely took us away from him early in the narrative lest readers become so enamored of him that they forget who the real hero is (*cough*Marian*cough). If you never read this novel (you really ought to) do yourself the favor of reading Chapter 3, right-all-right!

But on to the quotes:


Nature has so much to do in this world, and is engaged in generating such a vast variety of co-existent productions, that she must surely be now and then too flurried and confused to distinguish between the different processes that she is carrying on at the same time. Starting from this point of view, it will always remain my private persuasion that Nature was absorbed in making cabbages when Mrs. Vesey was born, and that the good lady suffered the consequences of a vegetable preoccupation in the mind of the mother of us all (49)

And then there's everyone's favorite invalid:


My morning's experience of Miss Halcombe had predisposed me to be pleased with everybody in the house; but my sympathies shut themselves up resolutely at the first sight of Mr. Fairlie... "So glad to possess you at Limeridge, Mr. Hartright," he said in a querulous, croaking voice, which combined, in anything but an agreeable manner, a discordantly high tone with a drowsily languid utterance. "Pray, sit down. And don't trouble yourself to move the chair, please. In the wretched state of my nerves, movement of any kind is exquisitely painful to me." (43)


And then, of course, there is the fantastic Miss Marian Holcombe herself:


Oh, WALTER. Thank heavens Marian is too smart to fall in love with you, you unmitigated ass. In contrast to her sister, Miss Laura Fairlie is a milksop, a milquetoast, a lackluster cardboard cutout of a girl who wears blue and white stripes and a straw hat, for god's sake! Collins is drawing an interesting parallel here between Walter, the ostensible hero of the story who acts mostly on Marian's suggestions and doesn't really do anything himself except lift heavy things, and Laura, whose only outstanding qualities are her beauty and placidity. I wonder if Collins did this on purpose in a similar way that Fitzgerald made Nick Carraway into nothing but a voice to illustrate the goings-on of West and East Egg. Then again, Laura and Anne Catherick are doppelgängers, so perhaps Anne got a double share of pluck when Nature was absorbed in something else.

And then there's Sir Perceval Glyde and Count Fosco: possibly the best, creepiest, jolliest villain EVER. But that must wait until the next part of the narrative, starting in 3..2..1..

*The lack of decent Thai food, pho, yarn stores, and proximity to old friends was overwhelming. It only took 2 1/2 years to figure it out.
**Again, Ann Radcliffe begs to differ. Henceforth, AWiW will be referred to as the First (Victorian) Sensation Novel Ever or Mme. Radcliffe's ghost might put Laurentina's skeleton in my closet.
Posted by Unknown at 1:49 PM