The Lee of the Stone, part 2

All right, where did I leave off? Oh, right - Lacis and a hint of what was to come after Cynthia and I oooh'ed and aaaaah'ed over all the antique lace and clothes.

We went straight to A Verb for Keeping Warm and ooooh'ed and aaaaaah'ed over Kristine's gorgeous colors. 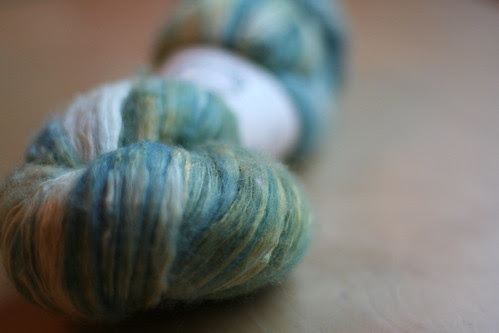 Up until we showed up at Verb, I was doing fairly well. I hadn't bought anything at Lacis, despite being sorely tempted by some Yarn Place Gentle. But blood will out, as they say, and I lost all my resolve in the face of the naturally dyed temptations offered by the girls at Verb. 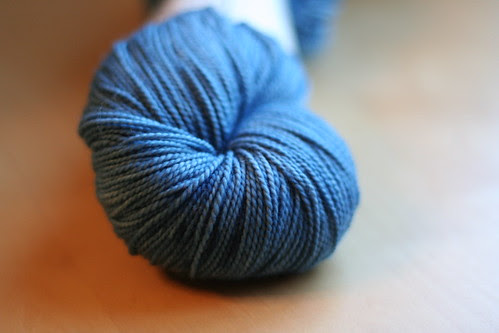 I ended up with four skeins of coordinating sock yarn for the Verb mitten contest (now over, ahem) and several skeins of this amazing stuff: 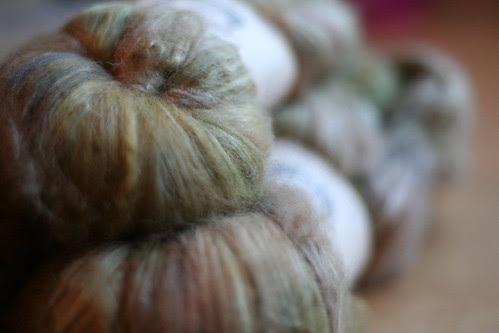 The picture doesn't pick it up very well, but it's a 50/50 merino/baby camel split in this aMAZing green. I bought... all of it. I think there were only 3 left, so it wasn't a crazy splurge, but I now have 6 oz of the stuff with which to make something phenomenal. Now I just have to figure out what it is!

In addition to the trip to Verb, I had visitors in town in early August. This is General Leigh and his girlfriend, Kickass Kate: 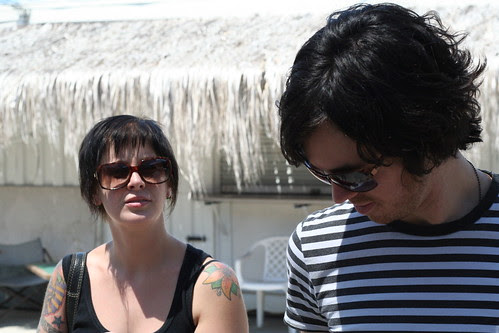 Leigh and I were an item six years ago for about five minutes, and we've been good friends ever since - maybe because we only get to see each other infrequently, as he lives in Jersey. Anyway, Leigh decided to bring KKate out to see Cali for the first time, and boy did he do it in style: they showed up in San Jose, then took a week to drive down the PCH and end up at his brother's house in San Diego. While they were in SJ, we took them to Bill's Cafe for breakfast and then went with one of Leigh's high school friends to her glass blowing studio called Art Object. The entire set of images is here, but I'll give you a couple because I can't help myself; I took some damn good pictures if I do say so myself: 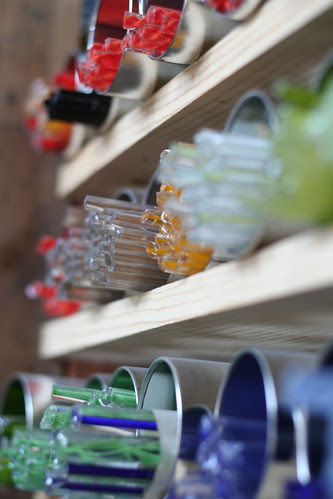 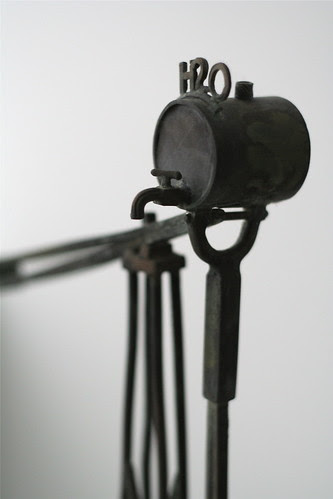 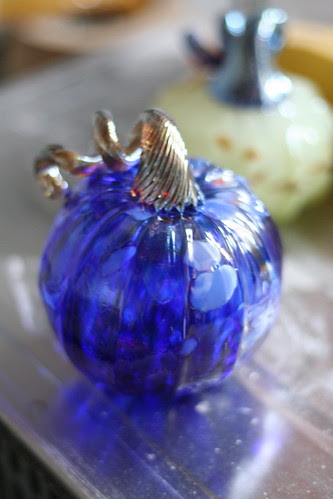 After Leigh and KKate left, it was time to buckle down and start getting ready to move in with THB in Roseville - but not before I took FULL advantage of the final days of the Louet anniversary sale and bought myself this little beauty! Now I'm fully stocked, as far as wheels go; I have the Schact for at home, and the Vic for out and about. Neither of them have taken a spin since I've moved, but I'm making good progress on moving in this week so hopefully things will be chill enough for spinning sometime soon!

I've made some serious progress on the Honeybee Stole with only a few interruptions to knit on a Baby Surprise Jacket for The Murloc. She's due in the middle of October and I'm planning a few little items for her; they're slowly coming together. But in the mean time, the Honeybee Stole is a mere 34 rows away from completion - and not a moment too soon, as the damn thing is significantly longer than I am tall. I'll take a picture before I block it, but suffice to say that if Ann Hanson ever gives a tall and a petite version in her patterns, I will from now on be choosing the petite.

August flew by in a flurry of moving, and September is flying by in an equal flurry of job hunting and video games. Up until this last weekend's visit to San Jose to attend the Murloc's baby shower, I had hit a bit of a knitting rut: the Honeybee Stole was too complicated to work on in company, and I ran out of yarn on the BSJ about halfway through. But I've fixed everything to my immense satisfaction by starting a new audiobook to help with the one (JA's Emma) and stopping at Uncommon Threads in Los Altos to pick up another skein of yarn for the other. Cynthia and I spent a good deal of time arguing over how much of her stash I was going to abscond with, and in the end I managed to make off with a TON of beautiful stuff that will be turned into beautiful shells to wear Out. I'm super-excited! I also made off with about 1000 yards of lovely periwinkle superwash that will be used to make still more baby clothes. Seriously, my friends need to stop breeding. Or at least stagger it out!

The amazing sockpr0n sent me a package in the mail - is there anything better than getting presents from fellow fiber people in the mail? - that included the loan of her super-low speed whorl for the Schact (for learning to spin core-spun yarn) and a gallon bag of fleece "for padding." But not just ANY fleece - oh no, she sent me Henna. I swear to you that it's a good thing she put something in that package for padding because I was so surprised when I opened it that I dropped the whole thing right on the floor! The bag of fleece is sitting next to my computer as I type, looking simply stunning. She's got beautiful honey-colored tips that will make the yarn a gorgeous heather, and I'm excited to see how it all plays out.

For now, I'm going to go work on all those knitting projects. September is half over and I'm still slogging through Mile 7 of my 12-mile quest!
Posted by Anonymous at 10:16 PM