Lately I've been on a spinning kick. The 10 Minutes Per Day group on Ravelry has probably had some thing to do with it, but it's also likely due in part to the fleeces from the Wool Auction looming on the horizon.

When I arrived home today, it was to a big ol' box of puffy, gorgeous coils from Sherri at Morro Fleece Works: 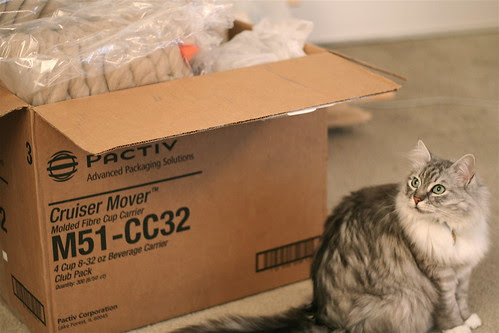 Cat added for scale.
It contained bag after bag of beautiful, squooshy, wool that apparently smells like sheep, 'cause it took Mr. Darcy all of about 2 seconds to go from sitting quietly next to the box to this: 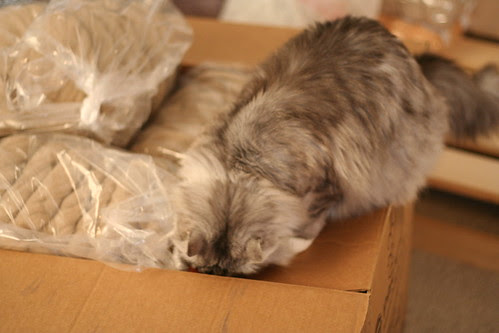 And believe me when I say that the usual amount of hand clapping and "HEY!" had absolutely zero effect on either his purr or his enjoyment of the new wool.

So for comparison purposes, this became this: 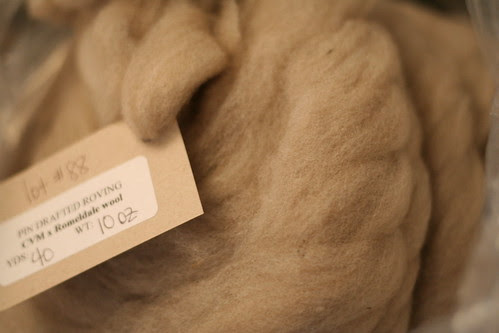 3 lb. 14 oz of CVMxRomedale from Patti Sexton
And this became this: 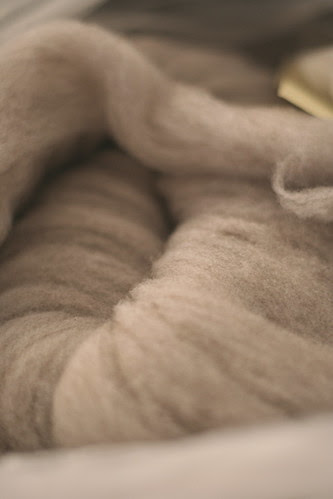 2 lb 14 oz of CVM from Fredine Johansen
And I don't really recall, but did I show you the 1/2 fleece I split with Jasmin? Here it is: 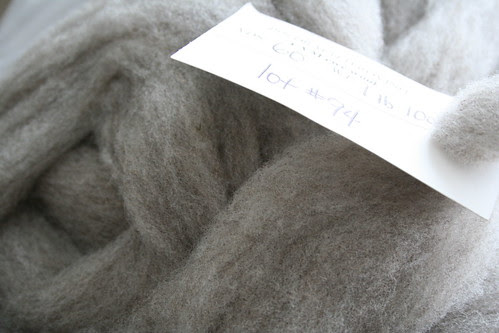 CVM fleece from Patti Sexton
I know I said in the wool auction post that I'd wait to visit Terry Mendenhall until spring, but since it took 8 months to get the fleeces back (Sherri was wicked busy!), I think maybe next spring might be a better idea. It'll take me at least that long to spin up all of my bounty!

A couple of other things have been going on. I joined the Spunky Eclectic fiber club back at the end of January, so I've gotten 2 shipments of her club so far. The first offering was... well, let's just say I didn't like it. At all. In fact, I loathed it so much that I put it back in the box and promptly forgot all about it until I stumbled across the "trade me" thread on the Spunky Ravelry board. I found someone who wanted all 8 oz and we arranged a trade - of which I'm pretty certain I got the better end of the deal, but I'll let you be the judge. 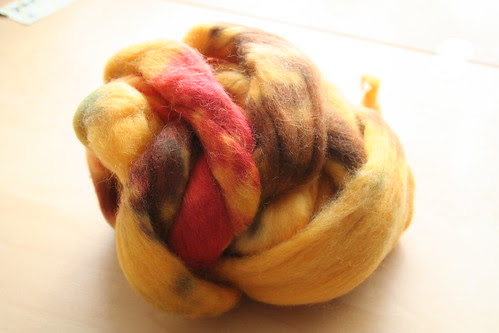 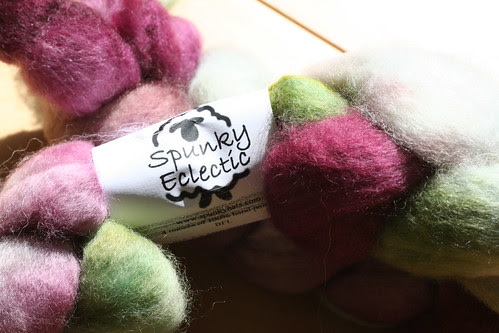 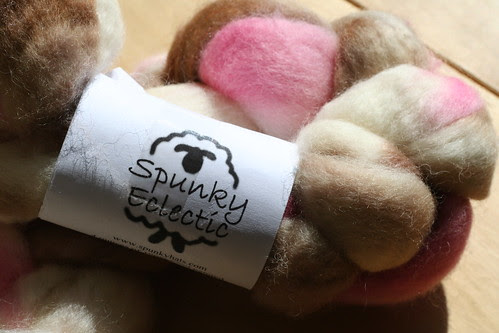 Spunky Eclectic BFL, "Neapolitan"
The March offering was 8 oz. of BFL as well, in "Myrtle," which is blue and red and green and brown. I'm not 100% sold on it, but I like it much better than my first club colorway. I'll give it another month, and then if I'm not thrilled I think I'll drop out. So far the only consistently awesome color-of-the-month club I've been in is the Black Bunny Fibers Club 2 (we're the second group). Carol puts a ton of thought into each mailing, and everyone gets their own colorway of the group fiber. For example, this last time around she sent us about 6 oz. of this a-MAZ-ing merino/bamboo, and this one is mine: 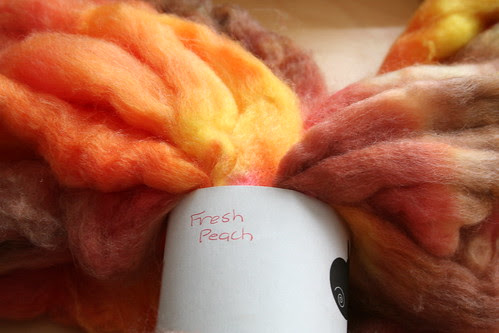 Stunning, isn't it? Every colorway that Carol has made for me is absolutely gorgeous. Someday I'll start spinning them up... /facepalm

Now, if you'll excuse me, Crown Mountain Farms is having their yearly Spring Sale, and I may just conveniently forget that I spent an entire post telling you about how much freakin' wool there is in my living room...
Posted by Anonymous at 5:34 PM

File Under: wool is not a drug, you spin me