Last Sunday was the wool auction at the Monterey County Fair. Mom and I headed down to our favorite coastal town early in the morning and met up with some local-to-us celebrity podcasters, bloggers and of course their hangers-on.

Now, Jasmin and I had been planning this little jaunt since we became friends back in February, and of course she'd been planning it for even longer with people she's known forever, like her mom. It was the one event that occurred after the inception of the Social Pressure Experiment that we grandfathered in, and boy am I glad I did. It was an absolute treat.

Mom and I met up with Krista of the illustrious Pigeon Roof Studios and Aija of both sockpr0n and zer0 stitch markers, dug through a bunch of fleeces to choose our favorites, and settled down to figure out how much money we could possibly spend on raw fleece. I took some fleecepr0n pictures a la Gretchen: 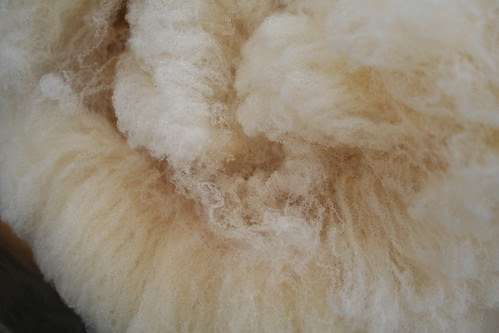 Pretty, eh? I like my camera!
I also fell in love with this one: 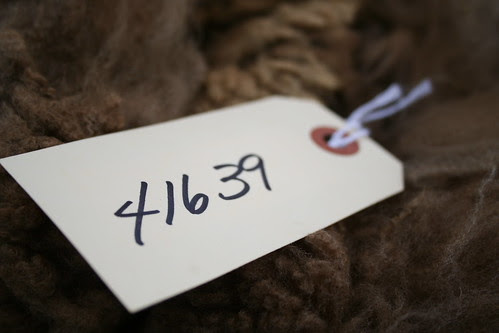 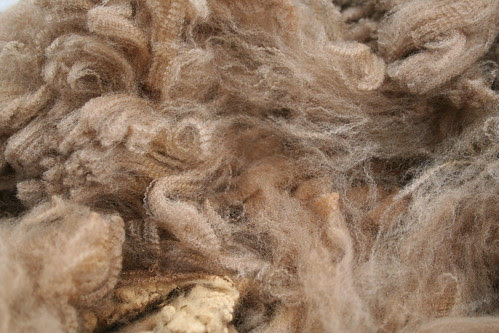 It's an oatmeal merino from Terry Mendenhall, and it went for more than I had brought with me in cash - this little beauty netted Ms. Mendenhall over $140, and more power to her, I say! In what might be considered by some as a stroke of luck, Terry and my mom are acquaintances and the Mendenhall farm is only about half an hour away from my mother's house. I'm not sure I fall into the "how lucky is that?!?" category, since I assuaged my pride by winning these two lovely fleeces instead: 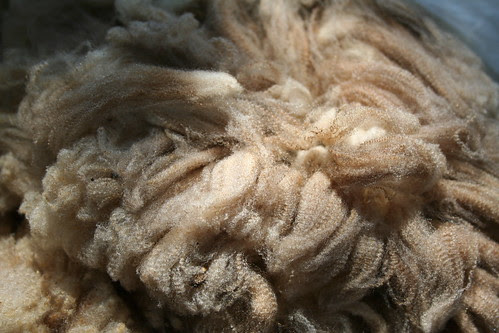 A variegated oatmeal merino from Patti Sexton, and 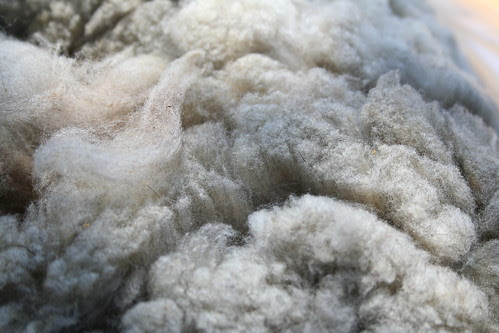 a grey California Variegated Mutant from Fredine Johansen.
Jasmin and I are also going to split another of Patti's merino fleeces, giving me 16.5 POUNDS of raw fleece to add to my already overflowing closet of proto-clothing. Perhaps I'll wait until spring to pay Mendenhall Farm a little visit, hmm?

Sherri of Morro Bay Fleece Works was there with her trailer, so most of us simply left our raw fleeces with her. 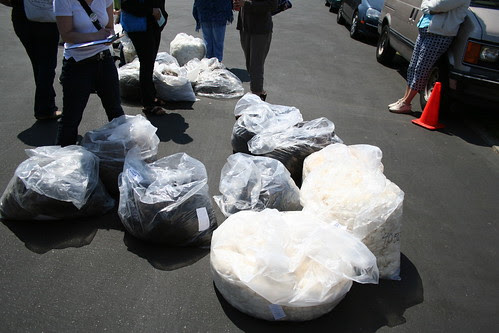 Among the three of us, we walked away with 17 fleeces - enough to keep even the most industrious spinner busy for a significant amount of time.

After the auction was over, we wandered the fair, split the requisite funnel cake 3 ways, found some adorable alpacas, 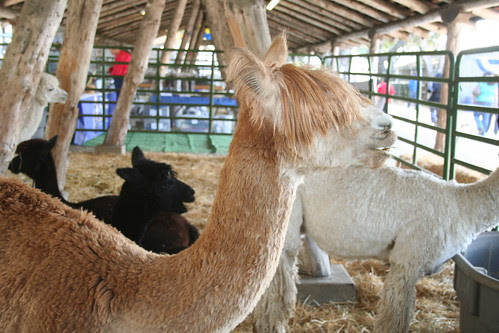 and made a friend: 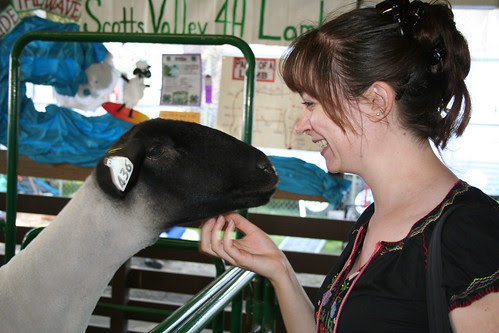 Mom and I headed down to Pacific Grove to see if the quilt shop was still open, but it wasn't. We also drove by the little house she lived in Back in the Day; oddly it was standing empty with no For Rent sign on it. Every time we go to Monterey, my mother waxes a little rhapsodic about the lovely times she had when she lived there. I suspect she may have been a bit of a rebel when she was young, which explains where I get my ornery streak. 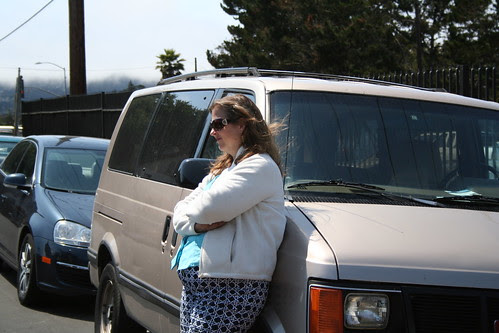 And speaking of ornery streaks, it has come to our attention that while Mr. Darcy is perfectly happy to vamp for our neighbors' pets and chin scratches through the porch netting, Panza is of a more territorial character. According to several of our neighbors, he has been hissing and growling as people walk by, earning him the nickname around the complex of "Dragon." 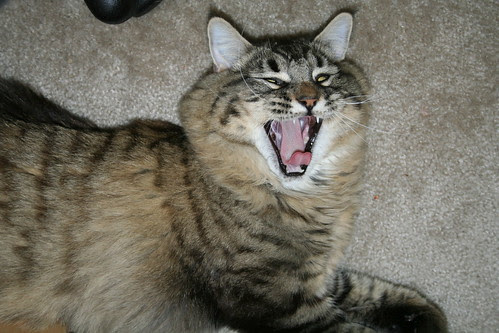 Where did we go wrong?
Posted by Anonymous at 1:26 PM