I found Faina tucked into a backpack (don't ask) and knitted away diligently. I knitted during class and during Angel season 3; I knitted while Bella did her homework and while I waited for her to finish her dinner - always a lengthy affair given that she had been allowed to skip the vegetables on her plate in favor of dessert until I arrived on the scene (again, don't ask). Anyway, I worked hard and I was proud of it.
The scarf has two tapering end charts and a body chart that gets worked 4 times. Here I am, three pattern rows from beginning the last end repeat: 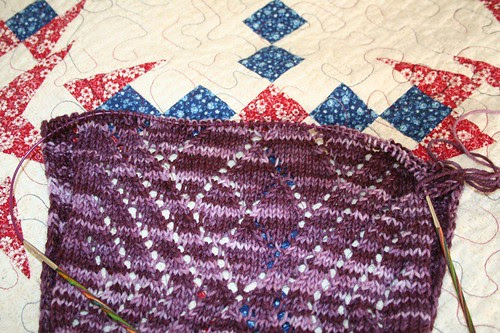 Here's how much I have to go: 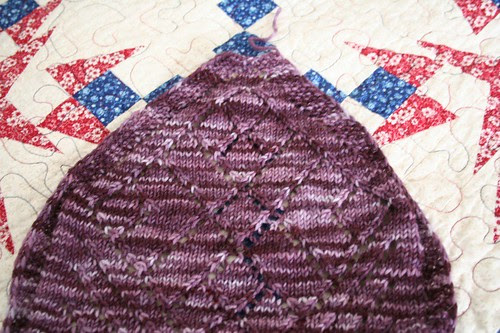 And here is how much yarn I have left: 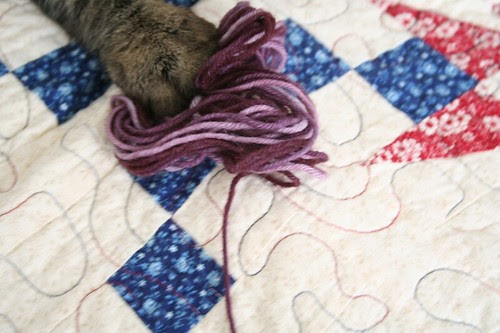 Sigh. So after talking to my mom, I'm going to rip back the 4th repeat and just work the end chart. Hopefully that will give me enough yarn left over for the fringe, since "it just won't look right without fringe!" And I must say, I agree.
In other news, I actually DID finish some things! 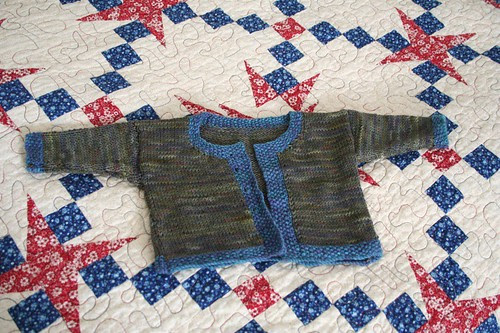 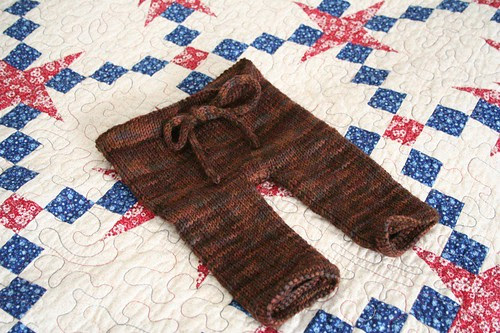 Cargo Pants
Classy, 158 yards
The Egyptian Jungle Cardigan is waiting on the buttons I left in Nadia's car the other day. Ironically, I also bought a little Forget-me-not plant to put on my windowsill... and forgot them. Ahem.
This weekend - or rather, today - I'm headed up to Squaw Valley with my dad and Little Brother. They're going to ski and I'm going to sit at home drinking hot tea, fixing the damn Faina scarf, and doing my reading for school. Oh, and taking pretty pictures of the snow!
Until then, Señor Sancho Panza, Esquire, would like you to know that he's watching you. 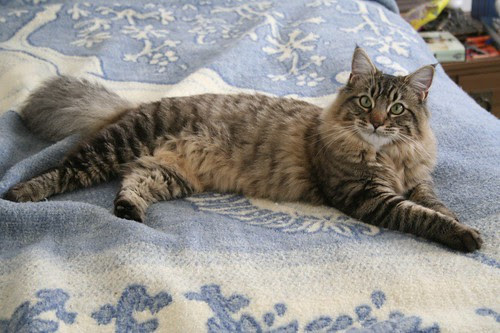 Why, yes, I am slightly cross-eyed. ¿Por que me pregunta?
Posted by Anonymous at 10:12 AM